The most outstanding historical movies 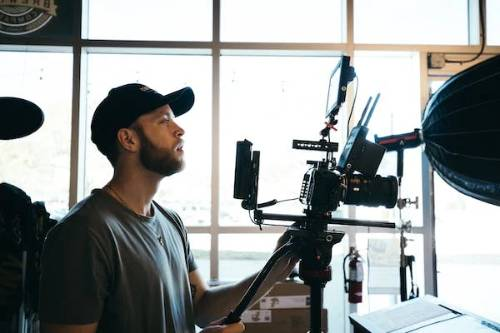 The historical epic was one of the earliest film genres that was ever created. Not only do the characters, settings, and action sequences of the movie excite spectators, but they also have an effect on them. It’s possible that this is why so many classic historical movies are still being watched and talked about many years after they were first released (between Cabiria (1914) and Giovanni Pastrone’s (1914)).

It looks like “The Northman” is going to be one of the most impressive historical films released in 2022. The Viking Epic, like its predecessors, is a great piece of writing that tells a good story. Because of The Northman, we were reminded of all of the incredible historical films that have been produced over the years. Because of this, we made a list of the best, most award-winning historical movies ever made and put them in the order they came out.

Do the opinions of specialists bring anything new?

The task of a filmmaker is to take an actual event and transform it into a narrative that will be successful at the box office. On the DVD of the “definitive version” of Kingdom of Heaven, writer and director William Monahan discusses the reasons why certain historical details had to be changed. To put it simply, you keep what is successful or can be made successful by manipulation, and you get rid of the rest, including sadistic British officer murders.

In her 2007 book titled “History Goes to the Movies: Studying History on Cinema,” film researcher Marnie Hughes-Warrington talked about historian Natalie Zemon Davies’s disillusionment with her attempts to collaborate with filmmakers. When asked about their work on the historical film Le Retour de Martin Guerre with Daniel Vigne and Jean Claude Carriére, Davies said, “Parts of the plot were shortened, changed, or even taken out.”

According to the article that Hughes-Warrington wrote, Davies “wonder[ed] if film could handle and represent ‘the uncertainties,’ ‘the possibilities,’ and the might-have-beens.'” To put it another way, it’s possible that historians will find the plots of historical movies unsatisfactory at times.

The stage is set for an exciting production

When it comes to producing a believable depiction of the past, the film medium has certain constraints that it must adhere to. Even the most basic level of historical accuracy in a movie is hard to achieve because of the way movies are made. For example, actors, clothes, and sets are made to look like the historical story. It makes little difference whether historians concur or disagree that these aesthetics are true; all that they do is generate a misleading sense of what the past was like. All of the best movies ever made about the past, from romantic comedies to biopics.

Hollywood is hardly the best place to go for accurate historical depictions, and we’ll be the first to say it when it comes to big-budget movies like Gladiator and Braveheart. Still, we’ve found that, in a variety of cases, Hollywood has made films that are both (mostly) based on reality and enjoyable. Here are the top 50 historical films that you can watch right now on Netflix, from nail-biting thrillers to biopics with a hint of romance.

Historians, heed the call! A good historical film can be streamed whenever you feel like watching a movie that will teach you something, make you cry, and even make you laugh. Included here are political thrillers like All the President’s Men and historical romantic comedies like Shakespeare in Love. What this means is that there is truly something for everyone about the greatest historical movies, historical events, war movies.

These excellent historical films, many of which have received many Academy Awards, provide for an evening that is both informative and entertaining. Even though some of these movies get a little creative with the past for the sake of Hollywood, they’re all inspired by real, fascinating events from the past. Consider one of these must-watch documentaries instead if you’re a stickler for historical truth and the true story of the French and Indian Wars’ compelling narrative.

Yes, some of these classic movies are difficult to sit through. Film and history buffs should watch Schindler’s List and 12 Years a Slave despite their disturbing subject matter. These are some of the best historical films out there, and you can learn a lot from them no matter what your interests are. Pick one and get started with your education with the best historical movies about World War II.

The movies that shatter your heart

Watch how German businessman Oskar Schindler, who saved the lives of over a thousand Jewish refugees by hiring them, is depicted on film. In this film on Abraham Lincoln’s fight to eradicate slavery, Daniel Day Lewis won an Oscar for his portrayal of the 16th president. This Oscar-winning drama centers on the troubled beginnings of Elizabeth I’s rule, particularly her ardent love affair with Robert Dudley.

In this inspiring clip, the future King George VI receives help from an unconventional speech therapist and is able to overcome his stutter. The smash hit musical Hamilton from Broadway is now available to stream on Disney+. Music from genres like hip hop, R&B, pop, and soul are used to tell the story of Alexander Hamilton, an early American statesman.