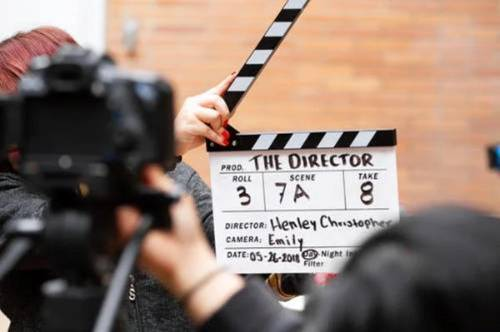 Satellite movies: What does it mean?

“Satellite cinema” is the term used to describe the digital dissemination and exhibition of motion pictures via satellite transmission. Satellite movies is quickly becoming more popular

than the old film reel production and distribution techniques.

Anything sent through satellite will bein digital form. The picture and sound quality of digital cinema systems is unparalleled. In contrast to physical film prints, digital media does not deteriorate with time.

This is because the content is not stored in physical medium like film reels, which are vulnerable to wear and tear over time. Content is broadcast by satellite from the sender’s location to the theater system at data rates set by the receiver’s network configuration. Once the digital material has been fully received by the theater’s system, it is projected using a specialized projection system.

The increase of satellite television

There has been a significant increase in the use of satellite television in the later half of the 21st century. Digital cinema is gradually replacing the traditional film production and distribution process in many countries because to advances in technology and satellite connectivity.

Satellite cinema has many advantages, including just-in-time, higher security, improved quality, and lower costs (discussed further below), which is why all the major movie production houses and cinema chains are heavily investing in digital cinema despite technological issues, the high cost of setting up infrastructure, the complexity of implementing and comprehending the process, etc.

How does this technique vary from conventional filmmaking?

Digital film distribution and editing are very different from the old film reel system. The prior method required the production of film reels, the imprinting of sound onto those reels, and the shipment of the resulting prints to theaters. The film reels are then projected onto a screen using a projector. With satellite cinema technology, content is sent via satellite to cinema-specific hardware and then projected on a digital projector outer space cult classic.

Digitized content is made by scanning film negatives at a high quality with a Telecine. (Telecine is the hardware that transfers film-based moving pictures to standard video formats playable on televisions, videocassettes, and computers.) Digital video cameras now capture video in digital format, which is then converted to an image file format for use in post-production. The end result of post-production work is a digital intermediate. To facilitate satellite uplink, the content is compressed to reduce the overall size of the sent file. It is decompressed after it is received by the receiver (the theater).

The shift to digital cinematic technology was prompted by a number of factors. There were issues with traditional cinema’s print quality, the production of a huge number of reels for distribution, the privacy of material throughout distribution, the preservation of film prints, and so on.

The creative integrity and reliability of the presentation can be better protected when working from a high-quality digital master. Any and all copies of the film, even those shown on home video, may be made from this master with minimal tweaking.

Through the use of Digital Cinema, it is possible to significantly reduce print and transport expenses. Making film prints and shipping them to theaters is a heftier financial commitment than sending the same content out through satellite.

There is more leeway for both distributors and exhibitors with digital distribution. Because many subtitled and dubbed language versions exist inside the same digital print, a single theater may meet the needs of a wide range of viewers by showing each version on a different screen. Also, because the film is sent by satellite, the delivery time may be adjusted based on the preferences of the intended audience in space odyssey in international space station.

There has been a major improvement in the presentation. Because digital presentations are permanent, spotless, and scratch-proof, the display is of exceptional quality. The sound is also uncompressed, and there are options for listening on several channels about hidden figures of true story.

There are a number of advantages to exchanging digital data as compared to film prints, particularly in terms of security and security standards. Security is a broad and multifaceted notion. Problems with space, logistics, and security are all eliminated by the advent of satellite cinema space race near future.

Access from source to destination can be controlled via satellite distribution. In addition, the information and the core of the video and audio are encrypted in the data packets. These encrypted packets’ keys are handled in secret. A safe channel for the transfer of data is used. Watermarking and forensics tracking are two more forms of protection used. If certain qualities for the metadata are provided, the exhibitor’s display system can be set to delete content automatically at a certain time alien invasion in october sky.

One other safeguard is secret communication. When dealing with files on a host server and client, two-way communication is essential. Delivery confirmation, checksum, and details about the file’s journey from the cache server to the play-out system are all included in the message. In certain cases, a single system is sufficient to do this. However, different content sources send their data at different times, thus there has to be a mechanism in place to sort and unload data between the cache server and the exhibitor display systems. This helps fix problems including storage congestion, data corruption, and discrete transmission and display of space shuttle rescue mission.